Xander has continued positive momentum since my last post. We have removed 4 drugs from his line up (spirolactone, lasix, loperamide, zantac). He is down from going to the bathroom 5 times per day to 1 time per day. He is making albumin reliably and has not needed this infusion. He has moved to having ECP 2 days every other week. This also helps reduce his red blood cell transfusion need, so he has not needed blood in over 3 weeks (yay!). He finished his last dose (4 total) of Rituxin in response to the Epstein-Barr Virus. There has not been a flare up, and they are continuing to monitor the levels weekly. Unfortunately, this means that Xander will not start producing functioning B-cells for about 30 days. So again, he is susceptible to sickness (yes, insert vicious cycle symbol here). He continues to receive IVIG about every 7-10 days.

Great news on the prednisone - he is now down to 5mg once daily and holding out okay. We watch him for signs of GVHD daily and ask him throughout the day to evaluate how he is feeling. Mostly, he is okay, with some occasional nausea and tiredness. We are expecting him to be able to fight off the CMV on his own now that the pred is down to 5mg. If he can keep the CMV level low on his own, then we can pull back on the Valcyte. One at at time, he will get there.

During the past few weeks, we saw a decline in Xander's ability to do simple physical tasks, like walking up stairs. In addition, when Dr. Gibson tried to adjust him last week, he was not able to hold his adjustment because of this now apparent, muscle wasting problem. Not only was he not exercising enough, the Prednisone CAUSES muscle wasting. This problem was staring us in the face and we realized it was time to act or else. 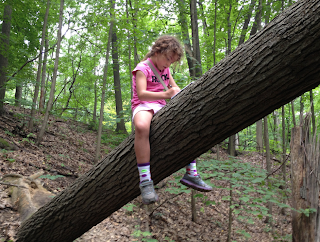 We are now pushing Xander harder everyday physically and raising the bar in regards to physical activity requirements. Today for example, he took 2 walks. One with his friend Elli (thanks for the visit Elli!) and one at Bird Hills with the family. The walk with Elli was more leisurely than the Bird Hills hike and let me tell you - he gets a big gold star for this hike! He made it all the way around the outside loop and down/up multiple hills without stopping! This is a HUGE accomplishment for a child that could hardly walk up the stairs just a couple of weeks ago. He is determined and he wants to get better... he does not want to slip down the hill into a wheel chair. We encourage him and help him believe in himself that he can get better. Little by little, he is doing just that. 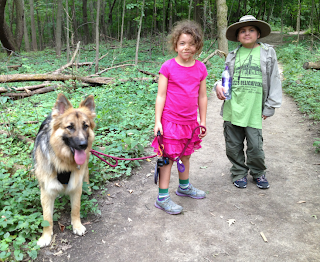 This weekend we used the jump house as fun entertainment. Actually, it was so fun that everyone (Hobbes believes he is a child that should have a turn too) had to participate!

Xander continues to expand upon the foods he can eat, and we are keeping a tight reign on the types of foods that we allow him to choose from. We are concerned with feeding him too much refined and processed sugars, as this causes the candida to get way out of whack and then he can easily lose the positive changes in his gut. Slowly he is accepting that he cannot have sugar all of the time. We even have him eating some raw, sprouted cereals and are starting on smoothies this week.

Thank you to the Mott Children's Hospital for hosting the 2013 Dreams and Wings event at the Ann Arbor Airport. Xander, Evan and Aaron got to go up in a Sesna 127 with pilot, Bob for a 30 minute cruise around Washtenaw and Livingston counties. They flew 7 miles North and then circled around back to the airport. They flew over many recognizable locations, and had a really great experience. Thank you to ALL of the people that made this event possible. Thank you to Evan for being such a great friend!

We are looking forward to having Katie with us for the next few weeks. She has a unique opportunity from her work to help make the next 3 weeks fun for Xan and Molly while we work. Just lovely how the universe falls into sync just when we need it to.

Thank you ALL for your continued prayers and support.