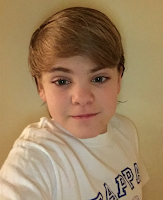 Last Monday he went to clinic for his checkup:

Focus was on how to bring him off more pharmaceuticals and work on staying healthy. Next appointment, 6 months. Outstanding! Can it be real?

Miracles - I found out a couple of days ago that a friend had prayed for Xander at Maria Esperanza of Betania, Venezuela right at the time as he was getting out of the hospital. I was overcome with emotion and am so grateful for the support of all of those around us whom we see and those we don't.

What more could we ask for? A boy who is enjoying life, school, friends, family, music, theater, his dog and himself. NO emergency or overnight hospital visits in 2015. Thank you to all of our supporters, seriously, we would not be where we are today without you all.

Since our last post on this blog, many things have happened. Most recently, Xander participated in his first public school band performance. (Can't post pictures of other kids here, so no band pic). Technically he was 1st chair clarinet and was selected for the director's band. He also participates in the 6th grade Junior Choir. How exciting!

He also participates in the Community Music School of Ann Arbor's Jazz Ensemble. He has enjoyed the specialized Jazz instruction and has expanded his abilities a lot in this area. He continues to take private lessons from Jennie, who helps him in all areas of his playing. 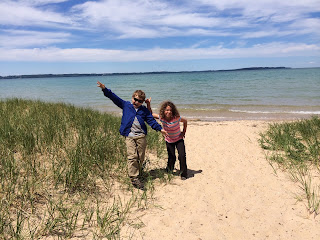 Xander continued to receive Extracorporeal Photopheresis (ECP) at Mott Children's Hospital from January 2014 - August 2014 to help control the GI-GVHD issues. This worked and when we finally were able to stop going to this treatment, our lives got a lot better. It was 3-4 hours per day, 2-3 times per week. He also continued with Hyperbaric Oxygen Therapy for more than 700 dives!

We did manage to escape for our first family vacation up north in 2 years. Ah... nature.

Soon after that his central line came out (seriously almost on it's own!) 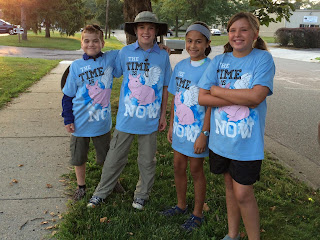 Then the EPIC ADVENTURE that he dreamed about while laying helpless in the hospital bed came true - Cedar Point!

"Today the pigs will fly at Cedar Point! We are so excited to have made it and Xander is ecstatic (along with his 147,000 platelets)!"

They rode the Top Thrill Dragster and were scared out of their minds! Will never forget :-) 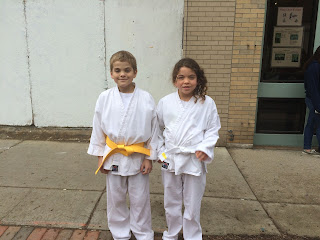 Xander was healthy enough to start back up in Martial Arts in September of 2014 and has now been invited to help teach a class!

It's just unbelievable that he can participate in ANY sport at all. He has really loved learning different martial arts and Molly has been great to practice with too.

One of the side effects of the treatments was a condition called erythema nodosum. This is where red bumps appear under the skin and are painful to the touch and also when running or pushing on them in any way. Unfortunately, the doctors said this was a form of chronic GVHD and probably would not go away without immunosuppression. Well, that was the last thing that we wanted to hear, so we immediately took him to treat with Hyperbaric Therapy at the Oxford Recovery Center. With a rigorous treatment schedule, constant application of Oils to the skin, and diving at 3.0, we were able to get the bumps to go away! Unbelievable. What's more unbelievable is that they HAVE NOT RETURNED to this day! This was his only major issue in 2015. 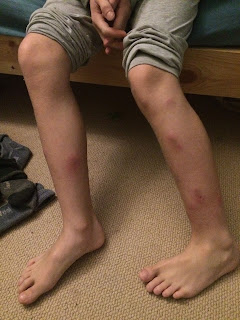 Leaving the Steiner school was a really tough decision on all of us, but ending it in fifth grade was such a way to go out!! The Greek Pentathlon is the big event for 5th graders and one in which NONE of us thought he would ever be able to participate in !! But check this out - he received a crown for "grace and beauty" in his long jump. What an achievement!

We also got to enjoy Xander's Make-A-Wish trip this past summer! We took an 8 day trip to The Netherlands! Yes, over the pond. Amazing. Incredible. No sickness. Made it back in one piece. LOVE. Thank you Make-A-Wish!! 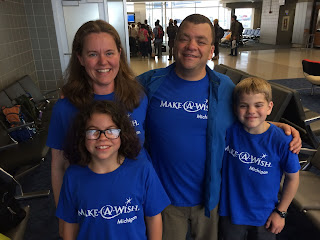 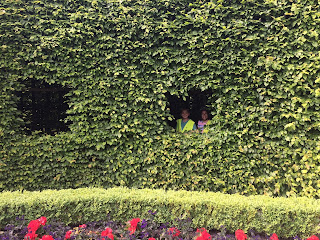 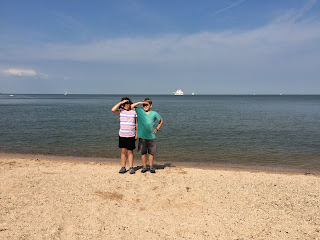 The smallest beach in The Netherlands

With the support of Chi Omega Sorority at UofM, Xander was blessed to be granted such a wish!

At the Wing Fling 2015, Xander played his first solo concert. Let's just say that had some tears rolling...  The video is on facebook

Thanks for reading, thanks for your prayers. May the force be with you. 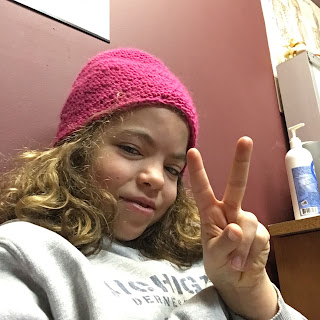