On Friday afternoon, Xander visited the Pediatric Oncology floor at Mott hospital for no other purpose than hanging out with Gabe. The boys played XBox X-men for a bit (a real media treat for Xander). Gabe really liked being Wolverine. Unfortunately (NOT) there was a scratch on the disk preventing them from reaching the "flight deck" after playing for an hour, so they decided to play matchbox cars and action figures instead of a different video game. About 15 minutes later the Occupational Therapist said it was time for Gabe's session, so we returned to Gabe's room only to discover that therapy was playing Star Wars on Wii. Gabe sure can swing a light saber. They played that for 30ish minutes before returning to the play room for more cars and guys.
Gabe and Xander were both super happy today. Xander was extra tired by 7 pm, so I bet Gabe was exhausted, too. Altogether, the boys played for about 3 hours!
Since we are anticipating that the doctors will call us in next week, now is an important opportunity to just hang out before chemo and immune suppression. Xander's first couple of weeks will be rough and I don't know how much time he will be in isolation. Now is the calm before the storm… we are doing everything we can to make these sweet times. 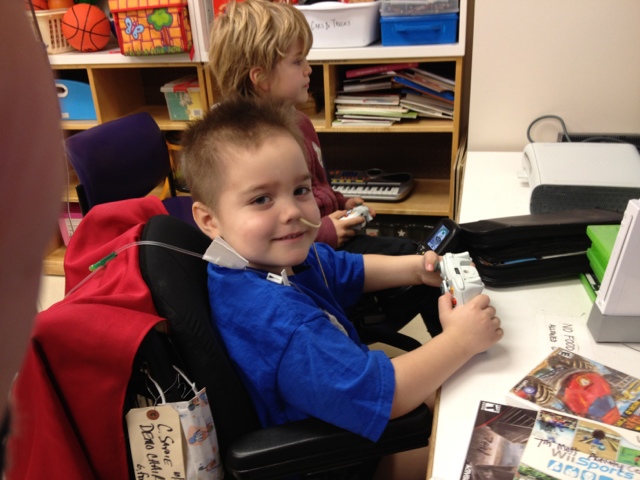 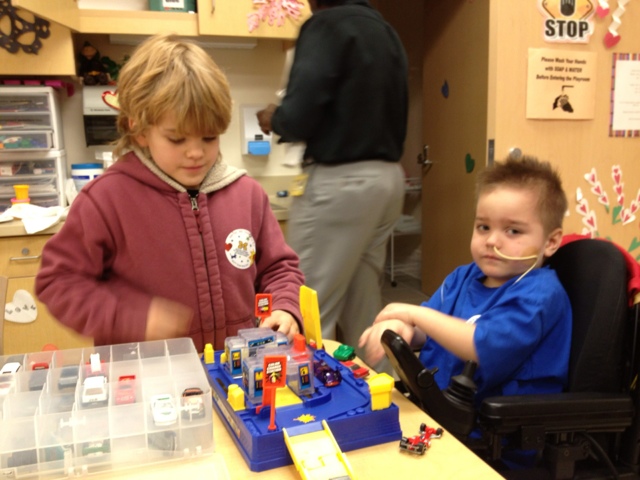